Amazon has upped the smart display game with their latest 3rd Generation Echo Show 10. I go in-depth in this Amazon Echo Show 10 review, discussing its features like screen pivoting for continuous proper framing during video calls. No longer are you stuck with stationary screens and constant manual adjusting.

Smart home devices have come a long way since Amazon started the ball rolling with the original 1st generation Echo smart speaker. With the addition of smart displays, the functionality of these devices increased 10-fold.

Let’s start getting into the details of the features and benefits in this Amazon Echo Show 10 review.

For a full comparison review of all the Echo Show Smart Displays, do check out this article: Amazon Echo Show 5 vs 8 vs 10.

One of the stand out device features is the motorized screen. The third-gen Echo show has the screen mounted in such a way that it will follow you as you move around the room. The benefits of this may not be immediately obvious, but it is actually an incredibly useful addition.

It works using a virtually silent brushless motor and a dedicated processor to ‘triangulate’ the shape of a human, which it can then follow as you move around.

With its video calling capabilities, imagine being on a Skype video call with friends as you move around your kitchen preparing dinner. Your friends will always be able to see you.

When comparing the latest Echo Show 10 against earlier versions, the first thing that you notice is the entirely new design. Previous versions had the functional touch screen in the front with the speakers tucked away in the housing behind the screen.

With the 10 model, it has the look of a more traditional Echo Smart Speaker that has had a tablet attached to it. This design change is what gives the space that allows the screen to follow your movements.

While the aesthetics have changed, the technical changes are at the heart of this upgrade.

Of course, much of this change has been driven by the inclusion of a larger screen and the mechanics of allowing for the screen rotation.

This is one of the prime areas that Amazon has focused on with its latest model. Apart from the size and resolution increase, the most striking upgrade is the fact that it can now follow you around.

Examples of when this could be useful are when you are following a couple of recipes and moving around the kitchen as you prepare a meal. Amazon has included a one-year Food Network Kitchen Premium subscription, an extremely popular feature for home chefs. There’s also a Food Network Kitchen app for recipes.

It is also a feature that can be really useful when making video calls while walking around the room, following an online exercise video, or having your photos in view no matter where you are sitting.

This can also be used to enhance security and safety, giving you the ability to look round your room remotely from the Alexa App. This ability is further enhanced when the system is linked to other features like smart burglar, smoke and carbon monoxide alarms.

The extra screen size also makes watching videos from streaming video services a better experience than on earlier models, including with screen brightness.

The camera has also received a massive upgrade, jumping from 1mp on previous models to 13mp on the Echo Show 10. This allows for clearer outgoing video during video calls and those all important selfies.

As well as the video upgrades, Amazon have also pushed out audio upgrades with the Show 10. The  2.1 channel tweeter and woofer system makes for livelier audio all-around.

The obvious result of these more powerful speakers is enhanced quality when using streaming music services like Amazon Music and Spotify, but the added quality of sound is also effective at producing better quality sound during video calls.

It’s not going to compete with a full surround sound setup, but the speakers are much better than anything before.

Used as a standalone smart screen, this is a great hardware device. But pair it with Amazon Alexa and use it as a smart home hub, that’s when the full potential of this Echo smart display is realized.

It can be used as a smart home hub that acts as the central point for an ever-increasing range of smart home devices. Some examples of devices that can be integrated into an Alexa powered smart home include: –

Of course, the most common uses of this device is still going to be as an entertainment and information hub through Alexa. As well as being able to play your choice of music and video, Alexa can also be used to play games, quizzes, answer your questions, and play podcasts. The list of Alexa Skills is constantly growing.

If you’re already looking at getting a smart display and speaker, this 3rd-Gen Echo Show 10 is definitely the one to get. While this model is at a higher price point than the Echo Show 5 and 8, it’s almost the same price as the non-moving, 2nd-Generation Echo Show 10. 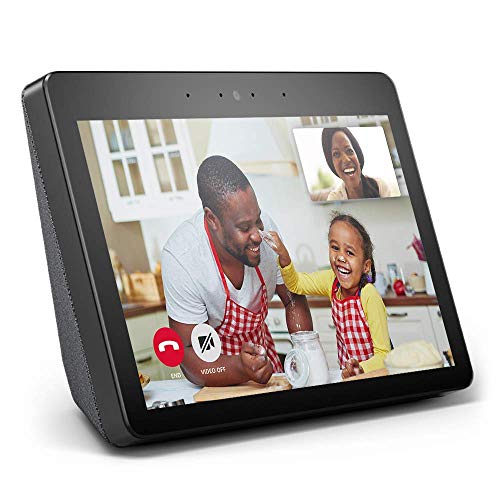 Past upgrades to Echo Show models have been mere tweaks when compared to the complete makeover that the Amazon Echo Show 10 has been given. Greatly enhanced sound and video were nice updates, but the best upgrade is the moving screen.

Without a doubt, this is what people are going to like the most. Whether you’re on a Skype call, watching a YouTube video while tidying up, or following a step-by-step recipe as you cook dinner, there are so many uses for this feature.

Can You Watch YouTube Videos on the Echo Show?

Yes, you definitely can! Choose your browser, by saying either “Alexa, open Silk” or “Alexa, open Firefox.” Open up YouTube in the browser and start watching YouTube videos.

Can You Watch Netflix on the Echo Show?

Yes, you can! Amazon Echo Show supports Netflix streaming. The Netflix app is already pre-installed, so all you need to do is open the Netflix app in the Echo’s Video section. Sign in to your Netflix account and start binging your favorite Netflix shows. 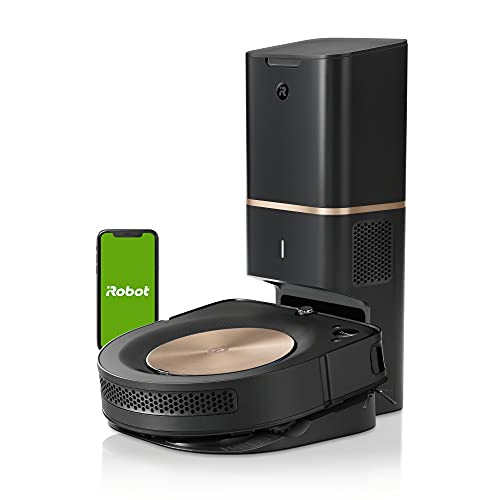