The bigger compatibility question we’re going to answer here is: Does SimpliSafe work with Alexa?

Once installed and connected, you’ll be able to use Simplisafe with voice control on Amazon Alexa-Enabled Devices (e.g. Amazon Echo Show 10), Google Home (via Google Assistant), and Apple HomeKit.

Voice integration gives customers the ability to set the alarm system as they leave the premises and much more (I’ll note that as a security measure, you can’t disarm the device using voice commands).

I’ll cover how to connect SimpliSafe to Alexa and the Alexa skills that can be used with this system a little later in the article.

Does SimpliSafe Work With Alexa

The simple answer to this question is yes, the SimpliSafe Home Security system works with Alexa. However, one prerequisite is that you need to have an active SimpliSafe Interactive Monitoring plan.

If you already have an interactive plan setup, then this is a no-brainer. Connecting your security system with Alexa gives added functionality and ease of use for SimpliSafe Home Automation.

With Alexa integration you can use voice control in three modes. I’ll cover the various modes in more detail below, but here’s a brief summary of the three modes:

If you don’t subscribe to the Interactive Monitoring Plan and were considering it, then this increase in functionality might just be the swaying factor.

The cost of the Interactive Monitoring Plan comes in at $24.99 per month (83 centers per day). But this does also include 24 hr, 7-day a week professional monitoring, as well as unlimited video recording.

There are no contracts on their plans and you can even try it free for a month. See if SimpliSafe automation security, the Alexa features and other benefits are worth the cost and peace of mind.

How to Connect SimpliSafe to Alexa

Once you have the required subscription, then it’s a simple operation to connect all SimpliSafe security systems to Amazon Alexa. To achieve digital assistant integration with Amazon Alexa follow the steps that are detailed below: –

That’s it. That’s all you need to set up your SimpliSafe security system with Alexa. You can now control it using voice commands.

The major benefit of smart home integration such as this is the ability to control and monitor your alarm system and other smart home devices simply by using voice commands.

There are various modes that can be activated using the voice assistant option, as well as locking compatible smart locks, video doorbells, security cameras, and any other security features that are integrated into the security system.

Away Mode Commands and Features

If everyone is heading out for the day, evening, or for an extended period of time, then you can use voice control to set the alarm in Away Mode. Away mode activates all the sensors and cameras that are connected to the system.

Away mode compatible commands include:

Home Mode is used to set the alarm when there are people at home, but they might be otherwise occupied and not as alert to watch for safety and security concerns. Great for when it’s time for bed, or when people are sleeping or napping.

When Home Mode is armed, the security system activates sensors on the doors and windows, locks any integrated smart locks, and can close internal camera shutters to ensure privacy.

This mode is another feature that helps turn the smart devices into a smart home security system.

The final category of voice commands is for checking your alarm condition and status. Using these voice command options allows you to quickly check the status of your system without a waste of time.

Voice Commands in this category include:

As you can see, having your SimpliSafe security system paired with Alexa makes controlling the system as easy as pie.

If you do have an Interactive Monitoring plan then it makes sense to link it with any existing Amazon Alexa- enabled device.

If you don’t have the Interactive Plan, you can still try it for a month for free. There aren’t any complicated packages or terms with SimpliSafe’s services. It has just one plan that’s good value for the money.

Want to read more about Alexa, check out these articles: 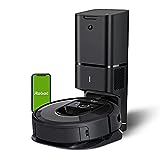 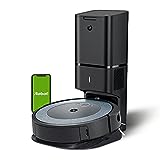 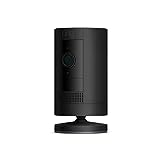